A narrow escape for JEB Stuart at Hanover, Pa. 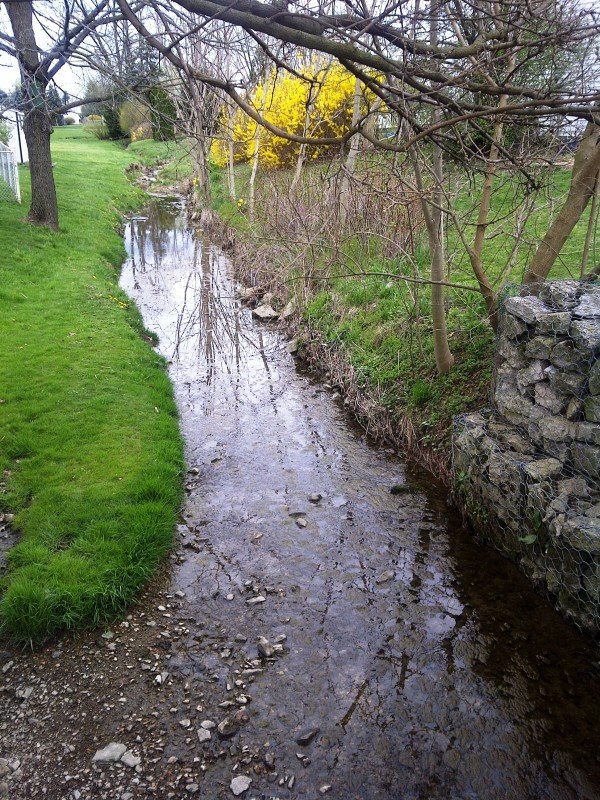 This meandering watercourse is the remnant of what was once a 15-foot wide and 15-foot deep ditch spanning several farm fields south of Hanover, Pennsylvania, near the Westminster Road. During the Civil War Battle of Hanover on June 30, 1863, famed Confederate Maj. Gen. J.E.B. Stuart and his trusted aide Maj. William W. Blackford spurred their thoroughbred horses into leaping over the ditch somewhere within a few hundred yards of this general vicinity. This happened the day before the battle of Gettysburg (Hanover is about 20 miles east of Gettysburg).

Here is the story in Blackford’s post-war words, as well as an aerial photograph of this ditch today and other images. 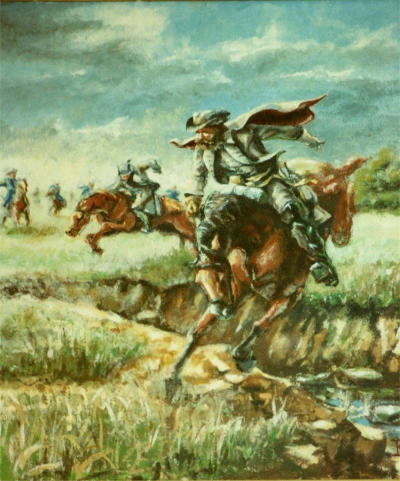 “The 2nd North Carolina Regiment made the first charge through the town, driving the enemy out,” Blackford later wrote, “but receiving strong reinforcements they rallied and drove the North Carolinians back in their turn in great confusion. As General Stuart saw them rushing out of the place, he started down the road to meet them, calling for me to follow him. We tried to rally them, but the long charge in and the repulse out and the hot skirmish fire opened upon them from the windows on the street by citizens had thrown them into utter confusion, and in spite of all we could do they got by us, and before we were aware of it we found ourselves at the head of the enemy’s charging column.

“The road was lined on each side by an ill-kept hedge grown up high, but at some places, fortunately for us, there were gaps of lower growth. Stuart pulled up and, waving his sabre with a merry laugh, shouted to me, ‘Rally them, Blackford!’ and then lifted his mare, Virginia, over the hedge into the field. I knew that he only said what he did to let me know that he was off, so I followed him. I had only that morning, fortunately, mounted Magic, having had her led previously, and Stuart had done the same with Virginia, so they were fresh.

“As we alighted in the field, we found ourselves within ten paces of the front of a flanking party of twenty-five or thirty men which was accompanying the charging regiment, and they called to us to halt; but as we let our two thoroughbreds out, they followed in hot pursuit, firing as fast as they could cock their pistols. The field was in tall timothy grass and we did not see, not did our horses until close to it, a huge gully fifteen feet wide and as many deep stretched across our path, There were only a couple of strides of distance for our horses to regular their step, and Magic had to rise at least six feet from the brink.

“Stuart and myself were riding side by side and as soon as Magic rose I turned to see how Virginia had done it, and I shall never forget the glimpse I then saw of this beautiful animal away up in mid-air over the chasm and Stuart’s line figure sitting erect and firm in the saddle. Magic, seeing the size of the place and having received a very unusual sharp application of my spurs, had put out her strength to hits full in this leap and she landed six or seven feet beyond the further bank, making a stride of certainly twenty-seven feet. The moment our horses rose, our pursuers saw that there was something there, and it with great difficulty they could pull up in time to avoid plunging headlong into it, and their firing was of course arrested. This time Magic’s activity had saved me from capture, but ten minutes later her quickness saved my life.

“…General Stuart galloped on up towards the top of a hill to direct the fire of a battery on the pursuing regiment, while I, wishing to get Magic cooled down away from the excitement of other horses, took a path which wound round the foot of the hill…” 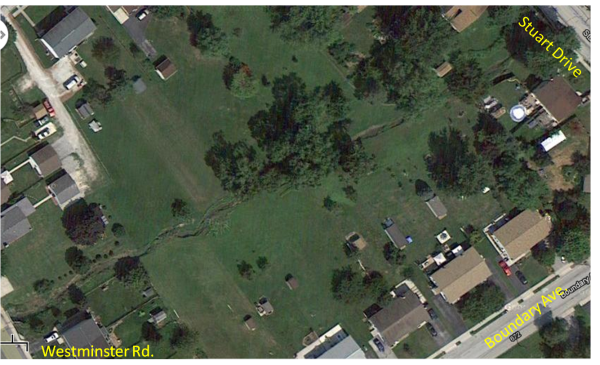 The Google image above shows the ditch northeast of Westminster Road in what is now a residential development. It is likely that Stuart and Blackford made their famous jump somewhere in this area, which was a field of timothy grass back in June 1863. The modern road to the upper right is named for Stuart. Neither it nor Boundary Road at the bottom right existed during the war years. Westminster Road is period, and is the route most of Stuart’s lead brigade took to reach the battlefield. 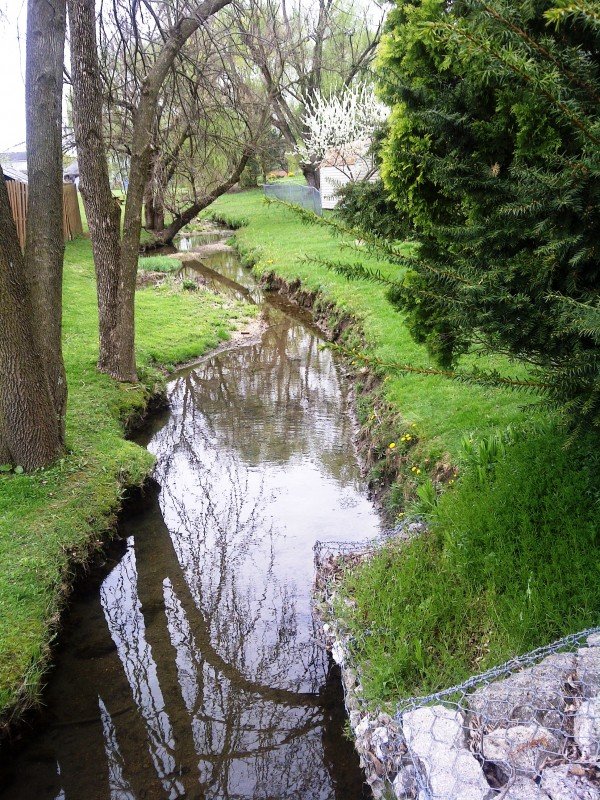 Another view of the ditch. This was taken from the bridge on Stuart Drive.

The 150th Anniversary Battle of Hanover Reenactment will take place on July 2, 2013, at the Sheppard farm just west of Hanover. Author J. David Petruzzi will be the emcee for the event, and I will be signing and selling my books. See you there? 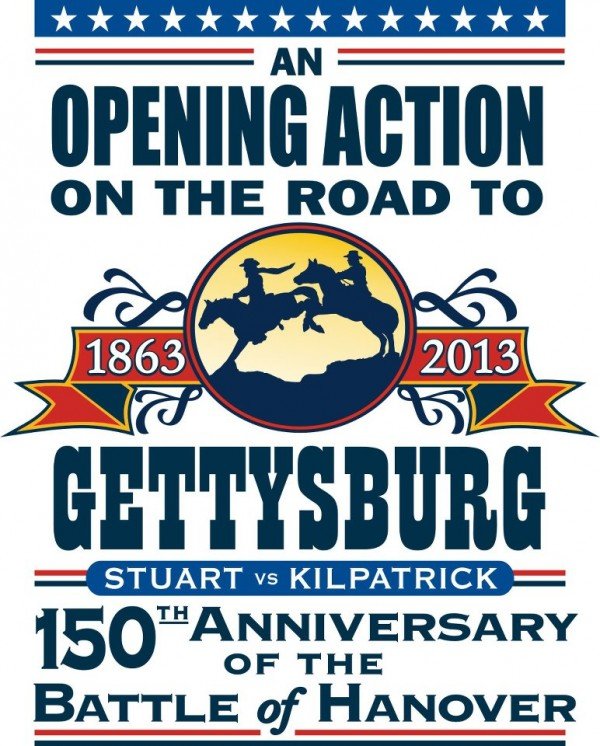