Think you know something about the Civil War history of York County, Pa.?

Try this quiz! Send me an e-mail with your answers. I will randomly select one winner on February 1st from all of the messages received by that date. You do NOT need to answer them all correctly. That random person will receive a FREE copy of Gettysburg Glimpses 2: More True Stories from the Battlefield.

In addition, the person who gets the MOST CORRECT ANSWERS will also receive a book!

1. Name the facility shown in the above picture. Bonus point: Where in York was it located?

2. Who was the Chief Burgess of York during the Civil War years? He was a Democrat.

Here are the rest of the questions. 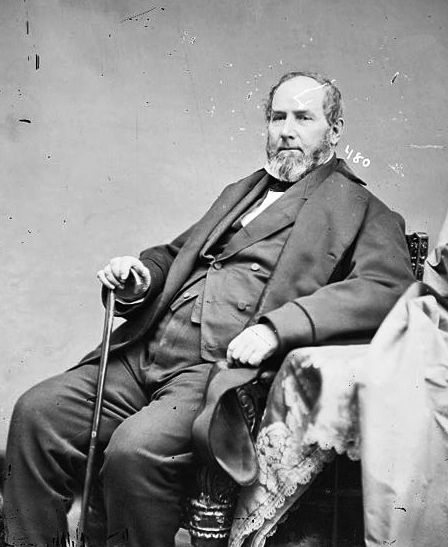 3. This man was the U.S. congressman from York, Pa. at the time of the assassination of President Abraham Lincoln. Name this long-time Democratic politician who was a close friend to James Buchanan.

5. Which of these towns did the Confederates NOT occupy during the Civil War?   Pick only one.   Hanover, Wrightsville, York, Dillsburg, Lewisberry,  Dover, Hallam,  Spring Grove, Mt. Wolf, Manchester 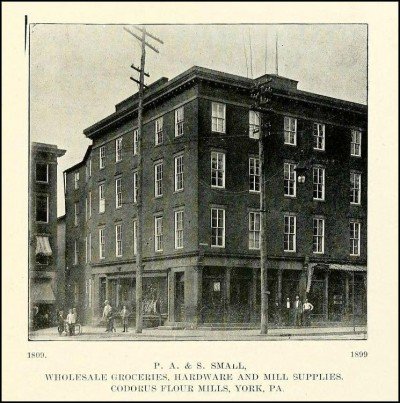 6. Members of York’s town council and leading citizens met in the counting room of P.A. & S. Small’s hardware store to debate how best to protect the town as the Rebels approached. A young man at the meeting left this building, jumped into his buggy, and rode west to Abbottstown to find the Rebels and negotiate with their leader. Name BOTH the impetuous York man and the Rebel general he met.

7. Three separate, independent Rebel forces invaded York County during the Gettysburg Campaign.  Match the town where they camped with the name of the highest ranking officer of that particular force.

and the toughest one of all, June 27 in Dillsburg: Major WHO?

8. After that last ringer, here’s an easier one: TRUE or FALSE?  Union officer Col. Joshua Lawrence Chamberlain (of the move Gettysburg fame) spent the night before the Battle of Gettysburg camping near Hanover, Pa.?  Yep?  Nope?

9. Who commanded the Confederate troops at the Battle of Hanover on June 30, 1863?

10. Which Union officer at the Battle of Hanover was fighting his very first battle as a brigadier general? Hint: think maple tree!

11. Name either of the two senior Union commanders at the June 28, 1863, fighting at Wrightsville, Pa. 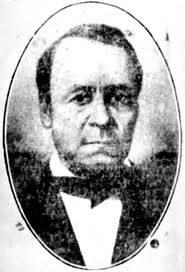 12. This black York businessman was a leader in the Underground Railroad movement in downtown York before the war. A mural in York commemorates his life.

13. The last known legal slave living in York County died in the early 1840s. He resided in one of these three towns: York, Hanover, or Wrightsville. Pick one!

14. The 87th Pennsylvania Infantry was primarily raised in York and what other county in south-central Pa.? Bonus points: – name any or all of its colonels.

15. Name the York County native who died during the Civil War as a CONFEDERATE general.  Bonus 1: in what state is he buried? Bonus 2: he commanded a fort near which Louisiana riverport city? 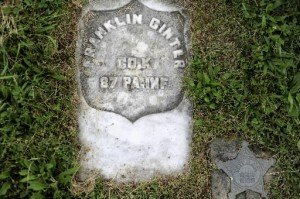 17. Who was the highest ranking Union general born in York County, Pa.?

18. What was the name of the major railroad which ran north-south through York County and ferried tens of thousands of fresh troops to what became the Army of the Potomac? 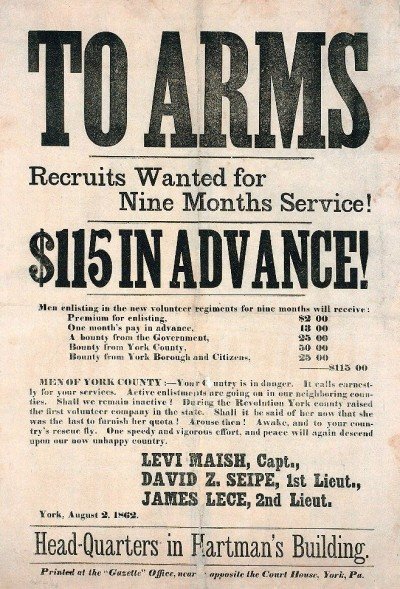 20. And finally, who is the co-author with Scott Mingus of the popular book, Civil War Voices from York County, Pa.: Remembering the Rebellion and the Gettysburg Campaign?

I admit some of these are a little tougher than others. All answers are from the above book and its sequel, Echoing Still: More Civil War Voices from York County, Pa., which should be in print before the 150th Anniversary of the Confederate Invasion of York County (a relatively minor part of the Gettysburg Campaign, unless you happened to be one of the residents who suffered losses to the Rebel or Union armies).

E-mail your answers to scottmingus@yahoo.com!