150 years ago today: The 87th Pennsylvania regroups in Bloody Run, Pa. after the disaster at Carter’s Woods 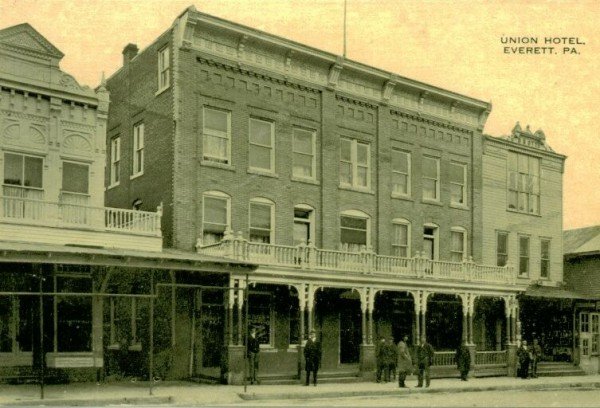 The 87th Pennsylvania Infantry, which hailed primarily from York and Adams counties, had suffered through the disastrous defeat at the battle of Carter’s Woods on June 15, 1863, north of Winchester, Va. The regiment had splintered into separate pieces in the desperate attempt to head for safety, with one of the largest groups reassembling at Bloody Run, Pa. (now known as Everett, Pa., on US Route 30). Dozens of men had been left behind in Winchester as prisoners of war, and the fate of others was at the time unknown to the soldiers who camped near Bloody Run.

One of those at Bloody Run was Pvt. Jacob M. Herr. He was born on January 22, 1844, in Cumberland County.  Jacob was descended from Hans Herr, an early Swiss Mennonite farmer who settled in Lancaster County. At the age of 17, Herr enlisted in Company H of the 87th PA Infantry on September 23, 1861.  He was mustered in in York. Jacob was promoted to Corporal on January 18, 1863.

On the evening of June 21, young Herr sat down to write another entry in his diary.

“21st June 1863 – Still at Bloody Run.  This place appears like home, well, we can almost call it home for it is in Penna.  The citizens are very kind to us.  They give us everything we ask for, but there are some Copperheads through here.  We have good living here, almost too much so.  All we have got from the neighboring farmers.”

After the terror of the battlefield in the Shenandoah Valley, it was good for the soldiers of the 87th to back among their fellow Pennsylvanians. Herr and his comrades would stay at Bloody Run for more than a week before heading to Bedford on June 30.