Daniel Trone, the young telegrapher at the railway station in Hanover, Pa., used this telegraph key to tap out the first message that the Confederates had arrived in York County. This old key is now in the collection of the Pennsylvania Room at Guthrie Memorial Library in downtown Hanover, very close to the site of the old telegraph office.

The key was on public display this past Tuesday night during my talk on Elijah White’s 1863 raid on Hanover.

Here are a couple more photos, including one of a hand-written letter from Trone to his boss, A. W. Eichelberger of the Hanover Branch Railroad, describing his actions at Hanover in protecting the telegraph key and sounder, and within days getting the telegraph service restored in time to tap out the first accounts of the battle of Gettysburg. 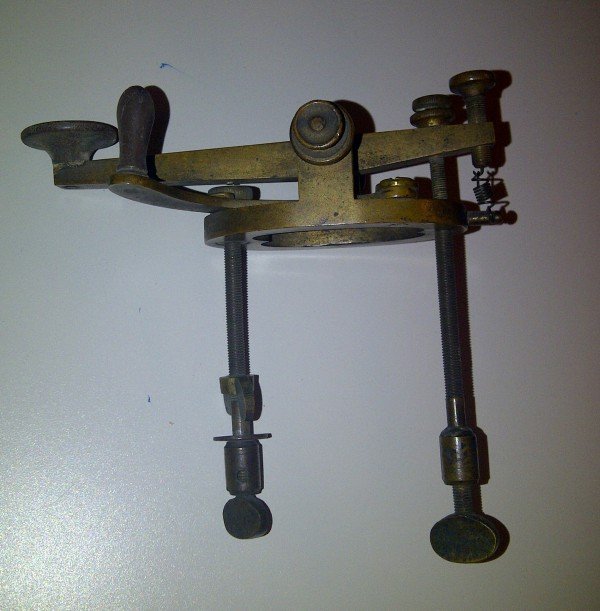 Trone would have had to crawl under his desk and unscrew the telegraph key’s legs to remove it. He hid it in the loft. 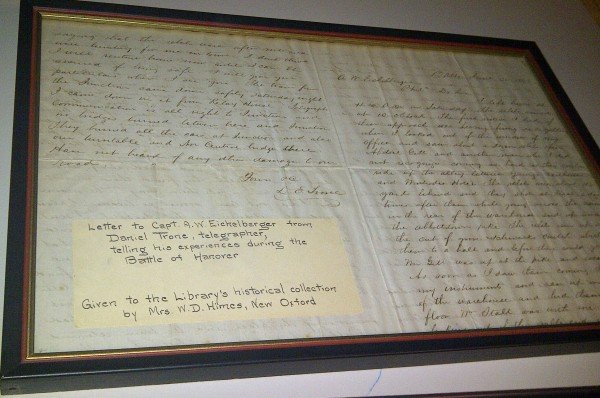