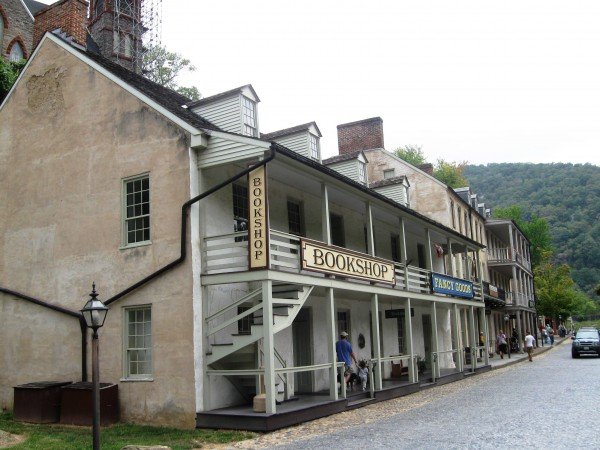 Tourists stroll through the restored Harpers Ferry National Park. Back in June 1863, Harpers (then primarily spelled as Harper’s) Ferry offered a place of temporary refuge for thousands of refugees from Maj. Gen. Robert H. Milroy’s division of the Union Eighth Corps.  Confederate soldiers from the Army of the Potomac had driven Milroy’s men from the vicinity of Winchester, Virginia, on June 15 at the disastrous Battle of Carter’s Woods.

Thousands of Union soldiers now huddled inside Fort Milroy as prisoners of war, including dozens of men from the 87th Pennsylvania. The official reports showed that 9 officers and 190 enlisted men now were prisoners. Many would be marched south to Staunton, and from there herded onto railcars for transport to prisons in Richmond.

Split apart in the chaos of the retreat from Carter’s Woods, the rest of the 87th had splintered into three groups, all seeking to find a place of refuge. The largest group under Lt. Col. James A. Stahle headed for Hancock, Maryland, while others (along with Col. John Schall) went toward Harper’s Ferry, WV. A small band of less than three dozen men headed home to York, Pa. 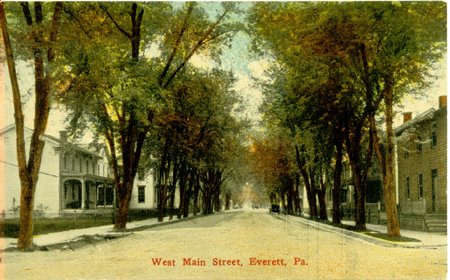 According to George Prowell’s History of the 87th Pennsylvania, “No official list of the noncommissioned officers and privates captured around Winchester and Carter’s Woods, has been found. The number was officially reported at 190, but is stated since to have been 250. They were sent to Belle Isle, at Richmond, where they were imprisoned for a few weeks, and then paroled and exchanged..

Not more than 650 officers and men of the regiment were present for duty on June 12. After the hasty retreat from the fight. at Carter’s Woods 221 officers and men of the 87th Regiment escaped to Bloody Run, Pennsylvania, 154 to Harper’s Ferry and 50 to York. Those who arrived at York encamped there for a few days and after the battle of Gettysburg returned to the regiment.”

Private Jacob Herr was in the group which had headed through Hancock toward Bloody Run (near Bedford, Pa.). He recalled, “After the retreat was ordered we all took to the mountains every man for himself.  But after traveling in the mountains awhile there was about two thousand of us got together.  We were then commanded by Col. Galacher.  The casualties of our company are a few as I know.  J. Hoffman, D. Mickey, D. McClellan wounded.  The Col. had his horse shot from under him, but he escaped.  We are tired and hungry for we had no sleep for three nights and on our feet all the time, and nothing to eat but some onions that we got along the road, we ate without salt or bread.  We are encamped to night 10 miles from the Potomac.”

The largest group of survivors of the fight at Carter’s Woods, 221 in number, assembled at Bloody Run (now called Everett) on June 20 after marching toward Hancock, Md., and crossing the Potomac. The postcard shown above gives an impression of the main street of the small town. Major Noah Ruhl assumed command of the portion of the 87th at Bloody Run.