150 years ago today in York County, Pa.: Rumors that the Rebels are coming! 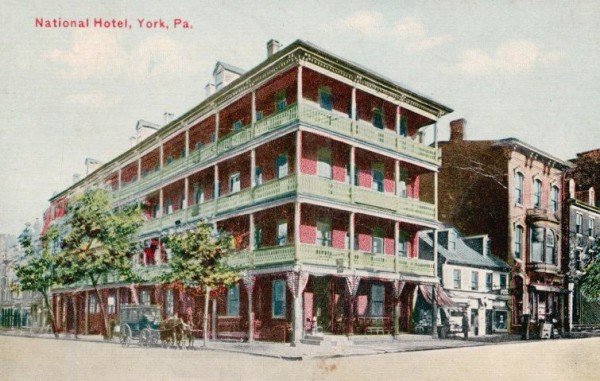 On Wednesday, June 24, 1863, this fine old hotel on West Market Street in downtown York (the National Hotel) was the headquarters for Colonel William B. Thomas, the commander of the 20th Pennsylvania Volunteer Militia. Thomas, an early backer of the Republican Party in the Keystone States, was a wealthy miller and businessman from the greater Philadelphia region. Abraham Lincoln had rewarded Thomas for his support in the 1860 election by naming him as the Port Collector for Philadelphia, a lucrative patronage position.

When the Confederates threatened Pennsylvania in September 1862 in the Maryland Campaign, Thomas organized an emergency regiment of militiamen to help repel any invasion. He and his men were not needed after the invasion was halted at the Battle of Antietam, so they returned home to await the next call.

It came in mid-June 1863 when Robert E. Lee again threatened to invade the North. Thomas and his regiment, augmented with new recruits, returned to the state’s payroll. They took the train to York County, where they guarded the Northern Central Railway from York Haven south to Hanover Junction and Glen Rock. 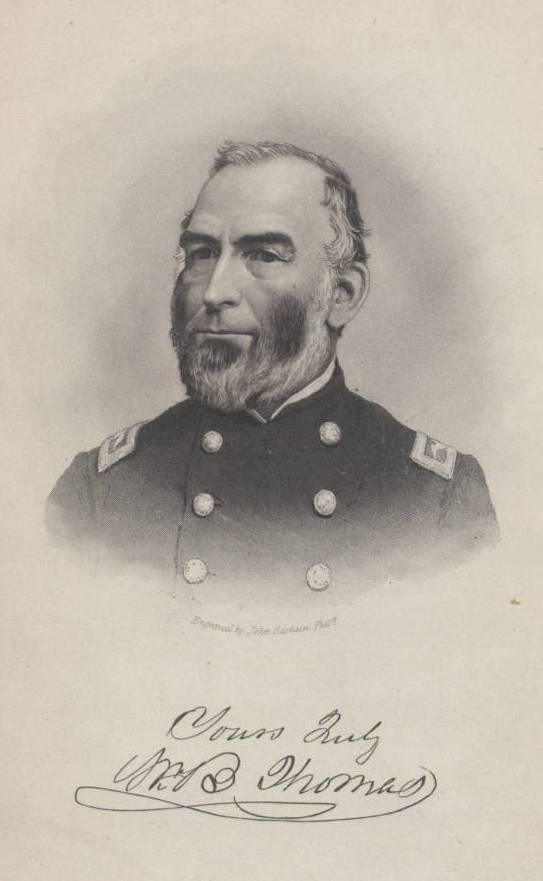 The presence of Colonel Thomas and his men helped reassure Yorkers, to a degree, that they had protection in case of a small Rebel cavalry raid, but by June 24 almost 20,000 Confederate infantry had marched into Franklin County and camped at Chambersburg and in the Greenwood-Black Gap-Fayetteville area along the turnpike. If the Rebels turned east and headed through Gettysburg to York, everyone knew the militia would be powerless to stop them. They might at best buy time for the Union Army of the Potomac to arrive.

Colonel Thomas received a chilling message from his commander in Harrisburg that a party of Confederate cavalry might attack the railroad bridges at any time. Major General Darius Couch warned him to hold them “at all hazard,” and keep provisions and water in his defenses.

Meanwhile, a second militia regiment, Col. Jacob G. Frick and the 27th PVM, camped in Columbia. On June 24, Frick sent four companies (more than 300 men) across the Columbia Bridge into York County to bolster the defenses of Wrightsville. More than 40 miles to the west, Confederate Maj. Gen. Jubal Early received reinforcements in the form of Lt. Col. Elijah V. White and the 35th Battalion, Virginia Cavalry.

A third militia regiment headed through York County toward Gettysburg to protect the turnpike in case of a Rebel eastward movement. However, the train carrying part of the 26th PVM struck a cow near New Oxford and derailed.

Nerves were on edge. No one quite knew for certain what the Rebels would do next, or what their intentions were.

Rumors spread that they planned to burn a good portion of southern Pennsylvania, further setting Yorkers on edge.

Luckily, relief was at hand. A group of men were traveling about the countryside reassuring the farmers that they had a solution in case of a Rebel raid. For one dollar, the Pennsylvanian could purchase a membership card in the Knights of the Golden Circle, alleged to be a pro-Confederate sympathy group. When the Rebels came, all the farmer had to do was show them the card, make certain secret hand gestures which the Rebels would recognize, and say the secret password, Peace, Peace.

It sounded like such a good deal — protection for only a dollar, and the farmers would not need to hide their livestock, horses, or chickens, or spend much more than that (plus the time and effort) to take everything across the expensive toll bridge at Wrightsville to safety beyond the Susquehanna River.

Many farmers, particularly in southern and western York County, went to bed on Wednesday, June 24, with their golden membership certificates close by in case they would need them in the coming days.