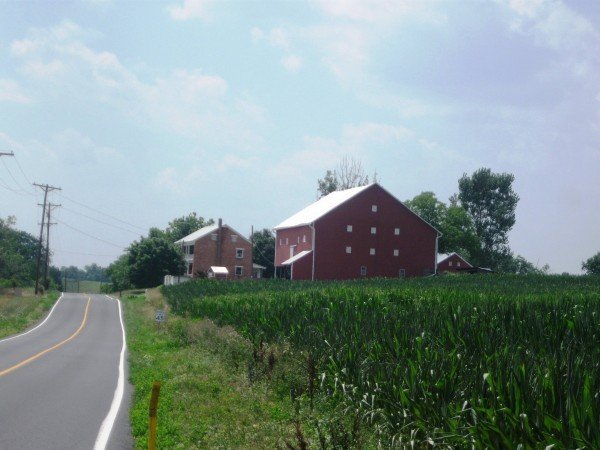 On a rainy, dreary Friday, June 26, 1863, the bulk of the 26th Pennsylvania Volunteer Militia (numbering more than 700 men) arrived in Gettysburg via rail. They paraded through the streets and marched some three miles west of town along the turnpike where they began to set up camp. The regiment included 75 men and boys recruited in Hanover a few days earlier. They primarily hailed from southwestern York County, with a scattering of volunteers from Shrewsbury, Glen Rock, northern Maryland, and Adams County.

Scouts soon rode in announcing that the Rebels were at hand. Knowing that his outnumbered, under-trained militia had very little chance of resisting the oncoming veteran Southerners, Colonel William W. Jennings hastily withdrew toward Hunterstown en route to Harrisburg. His advance pickets, some 40 strong, would be captured along Marsh Creek, and his commissary guard left downtown to protect the regiment’s supplies scrambled out of town to avoid being seized. They would make their way to Hanover before heading to York. Eventually they would join the defensive force at Wrightsville. Rebels caught up with Jennings’ main body, including most of the Hanover men, at the Henry Witmer farm (shown above) about 3.5 miles northeast of Gettysburg. When the skirmishing was over, about 175 militiamen were prisoners of war.

As terrified militia cavalrymen escaped from Gettysburg, many galloped into downtown Hanover and gave word of the debacle unfolding in the Adams County seat. Word that the militia infantry had been defeated and were in retreat added to the concern for the residents whose loved ones were in the Hanover company.

No one was quite sure where the Hanover boys now were.

Late at night, the first of the retiring militia cavalry arrived in York, further alarming the citizenry as their horses pounded into the sleeping town. Later, some of the militia infantry from the commissary guard also arrived and stumbled into Camp Scott.

York had already been in a state of alarm, as throughout the day thousands of civilian refugees had passed through town, spreading the news that the Rebels were on their way. Now the nighttime arrival of the weary soldiers from Gettysburg accentuated the fact that the Rebels indeed were coming.

That same day, another powerful Confederate column, fronted by Albert Jenkins’ mounted infantry and cavalry, marched through Cumberland County toward Harrisburg. Residents of northwestern York County likewise began to hide their horses in case the Rebels sent foragers into their region. Farmers secreted dozens of horses in the Round Top region or in the mountains west of Dillsburg. Other took their horses to thickets or woodlots on their farms or their neighbors’ places.

Nervous Union militia from the 2oth PVM guarded the bridges on the Northern Central Railway from York Haven south to Glen Rock. A strong detachment entrenched near the Howard Tunnel. Colonel William B. Thomas had received word that the Rebels were likely planning a raid on the railroad, but no one quite knew exactly where they might appear. Hence, he had to stretch his 900 men over many miles to protect as much of the railroad as he could.

Many detachments were only a dozen or so men, However, in some places such as Hanover Junction, Thomas left larger detachments (three entire companies in that case with more than 250 men). He left his York headquarters at the National Hotel to focus on the defenses of two railroad bridges near York Haven, thought to be a key Confederate target.

The soldiers, and the residents of York County, awaited what the morrow might bring.

Little did they know how momentous June 27 would be, and how much controversy the next couple of days would spark for York Countians.