10 books which early on influenced my interest in history 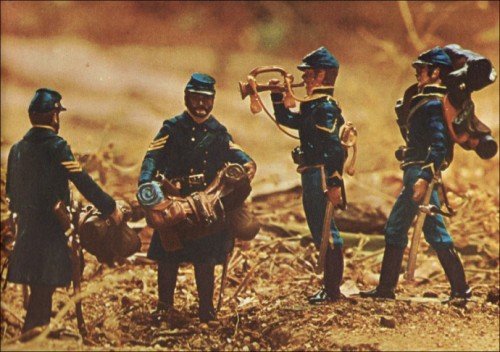 My friend and The Second Battle of Winchester  co-author Eric J. Wittenberg challenged me to come up with a list of the 10 history books (not necessarily Civil War related) which have had the most influence on me over the years. I thought about it for awhile, fondly remembering a ton of books I used to check out of the John McIntire Library branch in my hometown and read voraciously. Many of the books I checked out multiple times, reading them yearly as I grew up and on through my high school years.

Each book in its own way helped deepen and shape my love for the Civil War to the point where when I applied to take an upper level Civil War history class at Miami University, not only was I accepted for the class despite not being a history major, I even got an A for the class. My research paper on “The Iron Brigade at Gettysburg” received an A+ with the professor commenting in writing “A solid piece of work.” I still have that paper, although I have never submitted it anywhere for publication.

Years later, after writing for money for a sports collectors’ magazine and later crafting half a dozen wargaming scenario books with my friend Ivor Janci, I was ready to start writing commercial books. Twelve books later (and four or five assorted other works in progress), I am still interested in Civil War history.

So, here in no particular order are the 10 most influential history books of my youth… 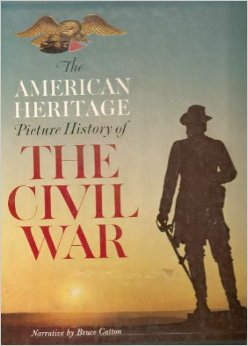 1. The American Heritage Pictorial History of the Civil War — the classic coffee-table book had some spectacular maps by David Greenspan which featured a phalanx of hand-drawn small warriors parading around the battlefield. I was drawn to his book, perhaps more than any other, because of the maps and soldiers. Finally my parents bought me The Golden Book of the Civil War, which was the adaptation for young readers. I spent hours recreating the terrain features maps in my back yard or on the living room carpet, and then setting up my Marx, Tempo, Timmee, MPC Ringhand, and other 54mm toy soldiers to match the maps. That, ladies and gentlemen, started me on the path to miniature wargaming.

2. This Hallowed Ground by Bruce Catton — The 1962 juvenile edition featured several photos of toy soldiers from Gettysburg’s Dobbin House diorama which enthralled me. I checked out that book more than any single book I have ever borrowed from a library. Of course, I also read the book cover to cover each time I checked it out. Of course, being a Buckeye youth, I had no idea of proper Southern pronunciation so I grew up thinking the famous Confederate general’s name was pronounced E-well. It was not until the college history class that I first heard the proper pronunciation to my surprise. 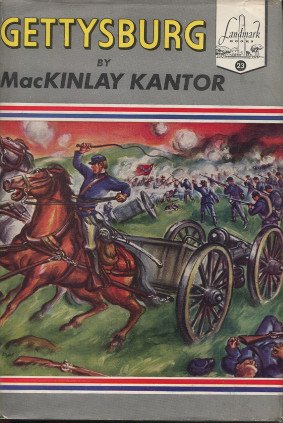 3. Gettysburg by MacKinley Kantor — My grade school teachers used to give out books as prizes for spelling bees, certain tests, etc. I also sometimes got books from my parents for straight A’s. I received this Landmark edition in the mid-60s but unfortunately cannot recall if it was from school or Mom and Dad. Great introductory book, with an attention-grabbing cover!

4. We Were There at the Battle of Gettysburg — A historical fiction by Alida Sims Malkus which featured a main character named Johnny and his sister who ended up playing a role in the battle. I still have this one, as with Kantor’s book and most of the rest on this list.

5. A Night to Remember by Walter Lord — I remain very interested in RMS Titanic to this day thanks to Lord’s brilliant work, which I read multiple times, often in a single lengthy all-day session on a snowy winter Saturday in front of my parent’s blazing fireplace. When we had to read this book for English class in high school, I had an unfair advantage over the rest of the class because I was so very familiar with the work from reading it a dozen times in the four or five years before the class.

6. Daniel Boone: Opening of the Wilderness by John Mason — Another of my many Landmark books, this one started me on a journey to learn more about Boone, David Crockett, Sam Houston, and several other early adventurers.

7. Battles and Leaders of the Civil War — A series of books which I checked out often and read with keen interest. What fascinated me was that the generals wrote many of the pieces themselves. 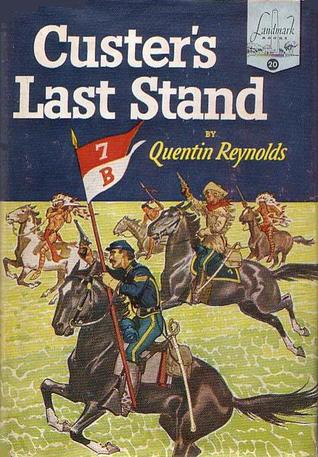 8. Custer’s Last Stand by Quentin Reynolds — I have this old Landmark book (#20) laying on the tabletop beside my laptop as I type this list. As with the Civil War, Alamo/Crockett & Boone books, and Titanic, this one started a life time of digging deeper and deeper into the subject matter. Visiting the Little Big Horn battle field remains on my bucket list and has since childhood. How’s that for cover art to attract a 12-year-old boy in the late 1960s!!!

9. Here Come the Rebels by Wilbur Nye — A book I only read a few times as a young adult, but one that profoundly influenced me to become a book writer. Shortly after my beloved wife and I moved to south-central PA in 2001, I re-read the book with renewed interest and visited many of the sites Nye mentioned. That, plus my oldest son’s master’s report at Millersville University on the burning of the  Columbia-Wrightsville Bridge, propelled me into researching and then writing on the Civil War history of my adopted York County, PA.

10. Civil War Times Illustrated — OK, it’s not a book but a magazine. However, I was selling magazine subscriptions for Cub Scouts or one of the organizations to which I belonged as a kid and my parents dutifully bought me a sub to CWTI. Three decades later, until my father died, I each year renewed the subscription and had the mag mailed to Dad for him to read. I would then pick up the issue on one of my visits back to my hometown and take them to my home in NE Ohio to add to my reference library, which I still frequently consult as I am researching my own books such as The Second Battle of Winchester and others.

OK – there you have it! My personal list of the Ten Most Influential History Books which helped shape my love for history. Please add a comment with your own list!